We descend Nanos Plateau, insanely steep, and are on our way to Predjama Castle where Stats, another PCT family member is meeting us. He lives in Switzerland and is coming down to hike with us for a few days. So excited to have another PCT-er with us! We find him at the castle, grab a quick bite and head back out to the trail. The day is filled with more ridiculously steep uphills and downhills, but the views always make it worth it and there’s a ton of wild raspberries and strawberries to snack on. We end the day camping on the grass in front of a church nestled high up in the mountains. There’s warning signs all around for bears, but luckily we don’t see any.

The next day we walk down into a small town. This is pretty common now, we’re constantly passing through tiny villages. Usually a dog or two will bark to announce our arrival and someone will look up from their gardening or wood cutting to wave or just stare curiously as we pass by. We all smile and wave and shout “dober dan!” (We think it means “good day”, it seems to be the common greeting). This morning we pass the ruins of Haasberg Castle, then walk some forest roads and discover bunkers built into the rock walls with networks of underground tunnels. They were used between WWI and WWII to enforce what was then the Italian border. We explore a bit, get a little spooked by the tunnels, and head back to the trail. Later in the afternoon the trail passes some giant caves, there are tons of them here because of all the karstic rock. It’s fun to be able to stop and check out all this cool stuff along the trail. It’s so different from the PCT where we felt like we had to just keep
walking to get as many miles in as possible.

In the late afternoon we pass through a fairly large town called Cerknica and stop to resupply at a grocery store and grab pizza and beer at a nearby restaurant. After letting our food settle we leave the town and hike up a mountain known as “Witch Mountain”. There’s a lot of locals hiking the multiple trails that lead to the top. Also a lot of trail runners and bikers. The Slovenian people seem to be in killer shape. They just cruise up these steep hills with their trekking poles and a fanny pack making it look like it’s no big deal. At the top of the mountain is a hut but it’s closed so we hang out on the patio at the picnic tables and wait until it’s late enough to cowboy camp without being discovered. So that didn’t work out quite as planned…

Around 11:00 at night we’re awoken by the sound of car tires on the gravel and bright headlights shining right on us. A woman gets out and asks us what we’re doing there we just say sorry and ask if we can stay. She reluctantly sighs and says “Of course you can stay” but she doesn’t seem too pleased. She goes inside the hut for a few minutes and then comes back out. We apologize again and this time she seems a little less angry and tells us it’s ok, and then she leaves and we go back to sleep. We decide to be a little more stealthy next time, but it’s so difficult to find camp spots here. Technically you’re not supposed to camp outside and there’s also a lot of private land, so you really need to be sneaky, but it’s hard when it’s the end of the day and you’re exhausted!

The next day is pretty boring, almost all road walking between villages and farmland. The road walks are always draining both physically and mentally. Our goal for the day is to reach the town of Nova Vas, where we’re hoping to find a bar so we can watch the Sweden vs Switzerland World Cup game, since we’re hiking with a Swiss (Stats) and a Swede (Simon). The town is written a little larger than the others on the map so we are optimistic but try not to get our hopes up too high, a lot of these towns consist of just a few houses and a church. On our way into town we happen upon a lake and are so excited to go for a quick swim/bath. None of us have showered since we started this trek and we’ve been sweating like crazy! We take a refreshing swim, quickly dry off, and then cruise into town where we totally luck out and find a restaurant that will turn on the game for us! We sit outside and eat pizza (seemingly the only food they will serve us in Slovenia), drink beer and watch the game. The locals are stopping by to smoke cigarettes and drink a quick beer, but no one else seems interested in the game. We watch Sweden win (sorry Stats) and then leave town to find a place to camp just a few kilometers away in the forest. A thunderstorm rolls in just as we reach the woods, so we find a somewhat flat spot hidden just off the road to tuck in for the night. 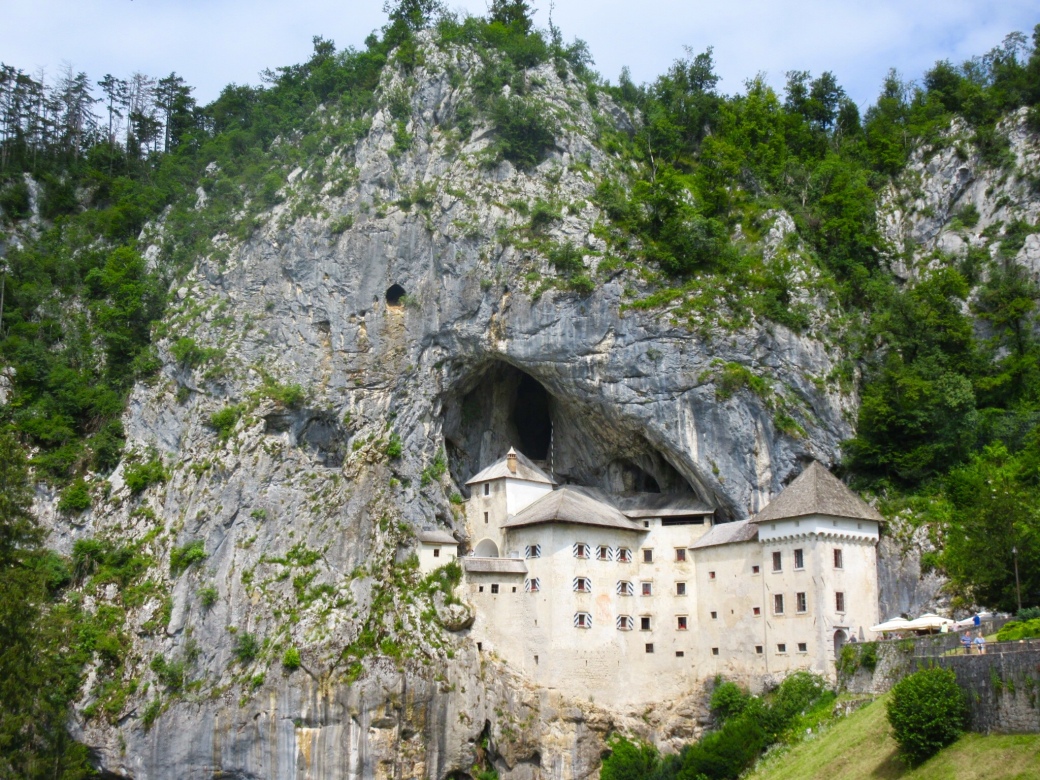 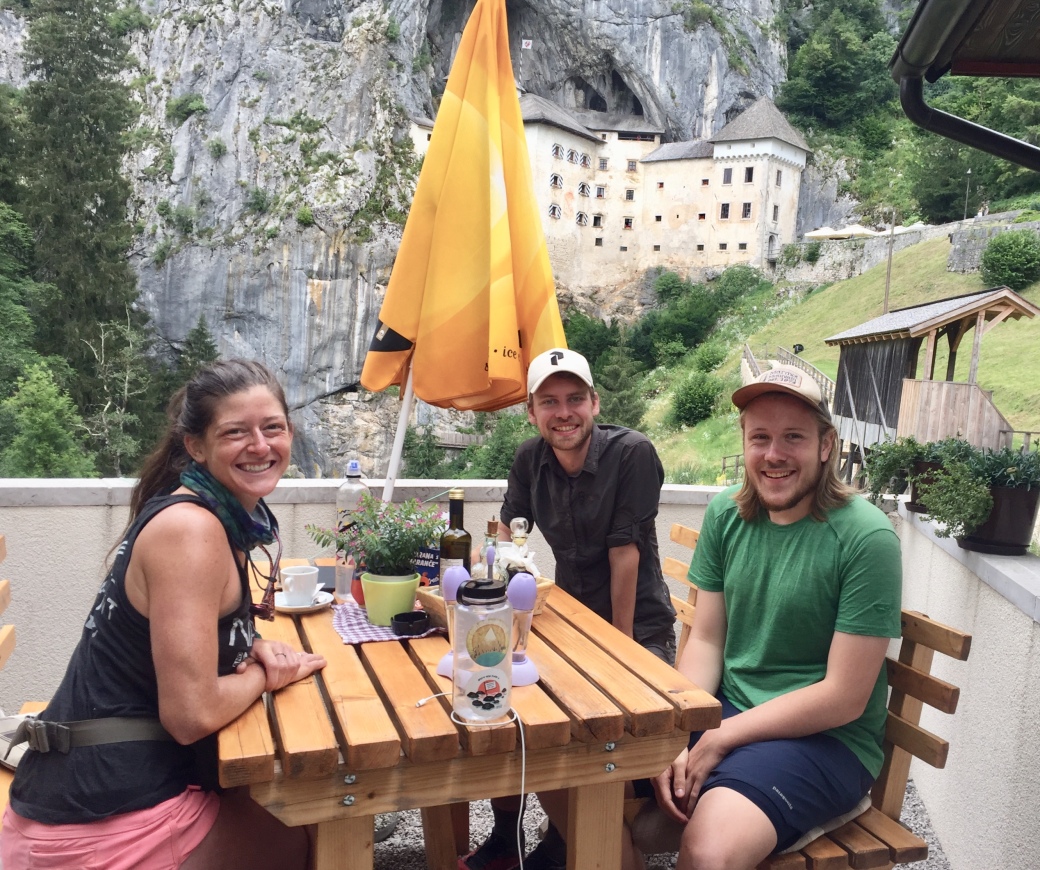 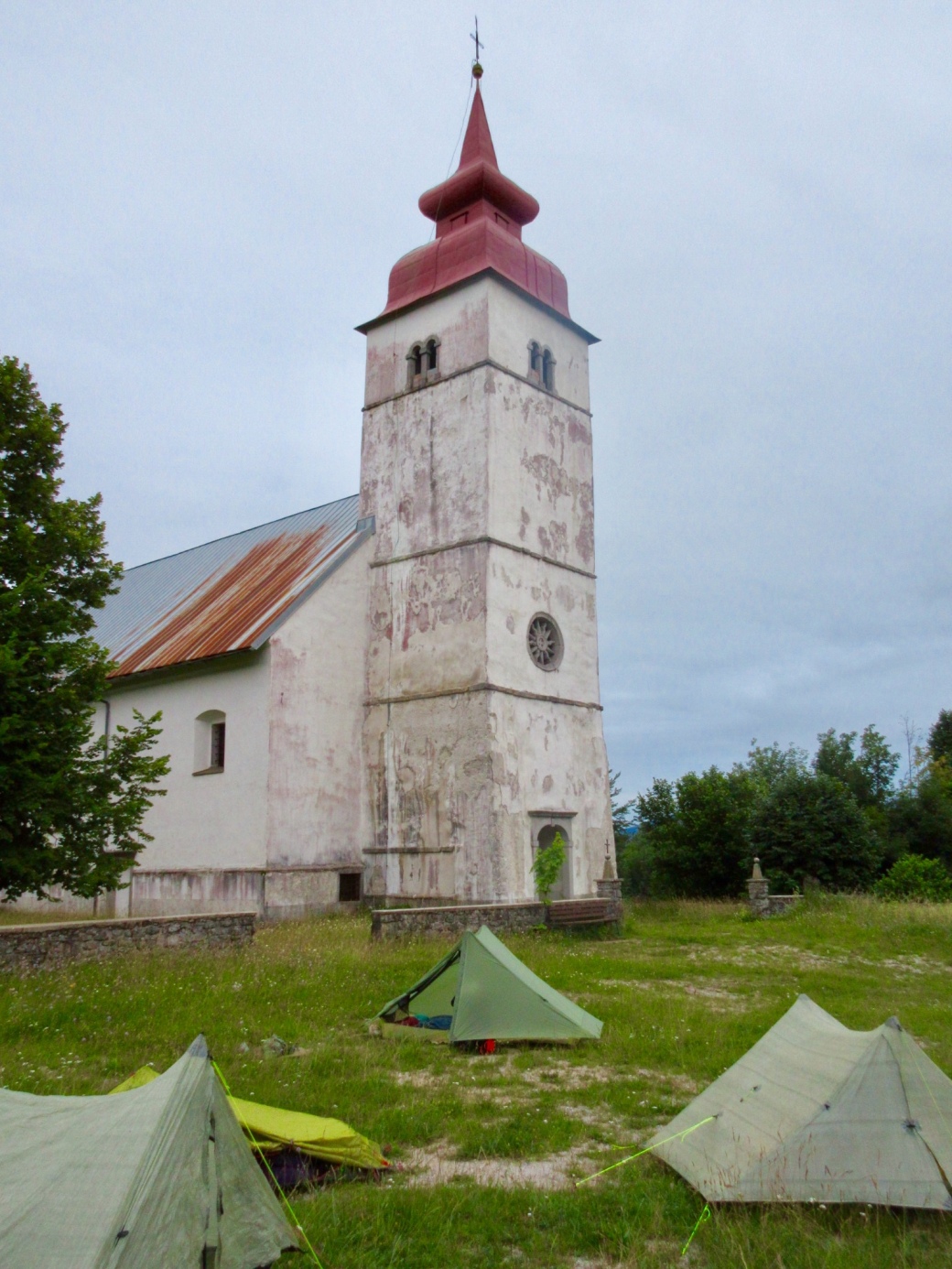 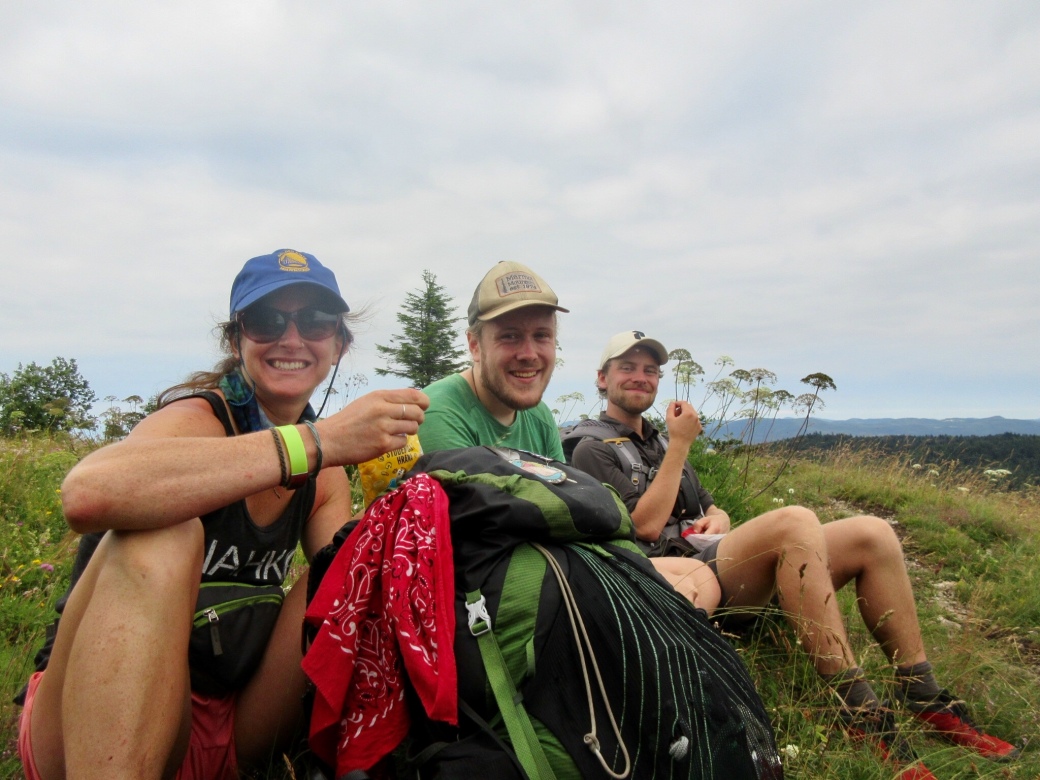 Express, Stats, and Simon at the top of one of the many peaks we climbed that day 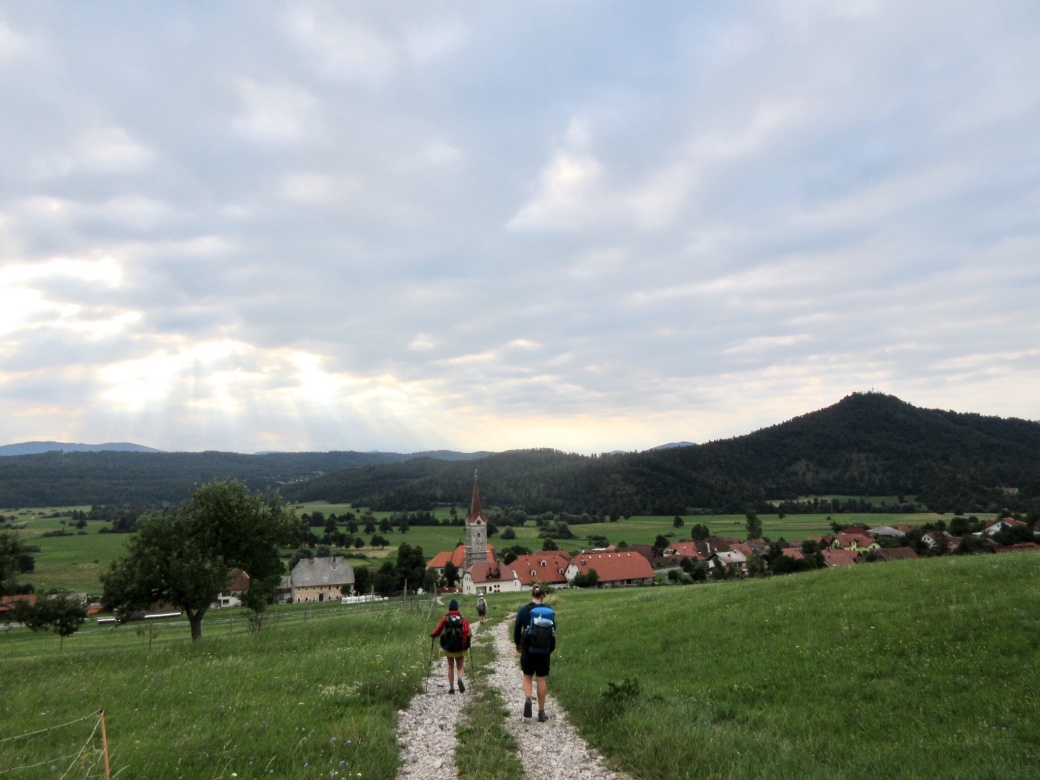 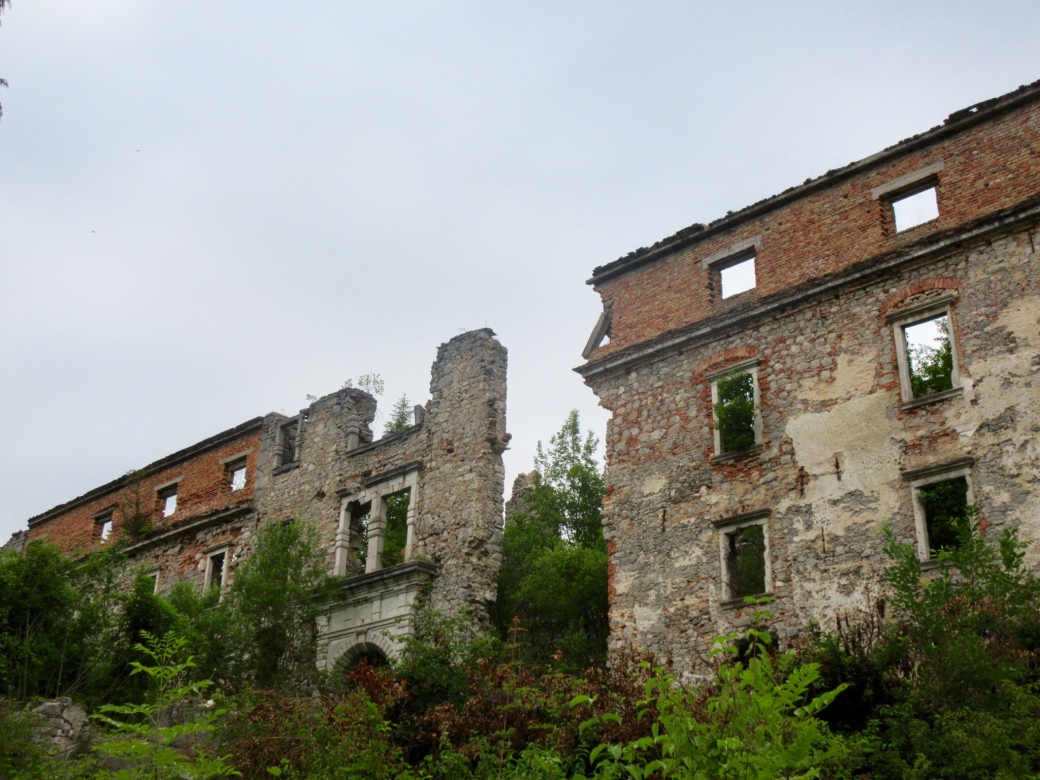 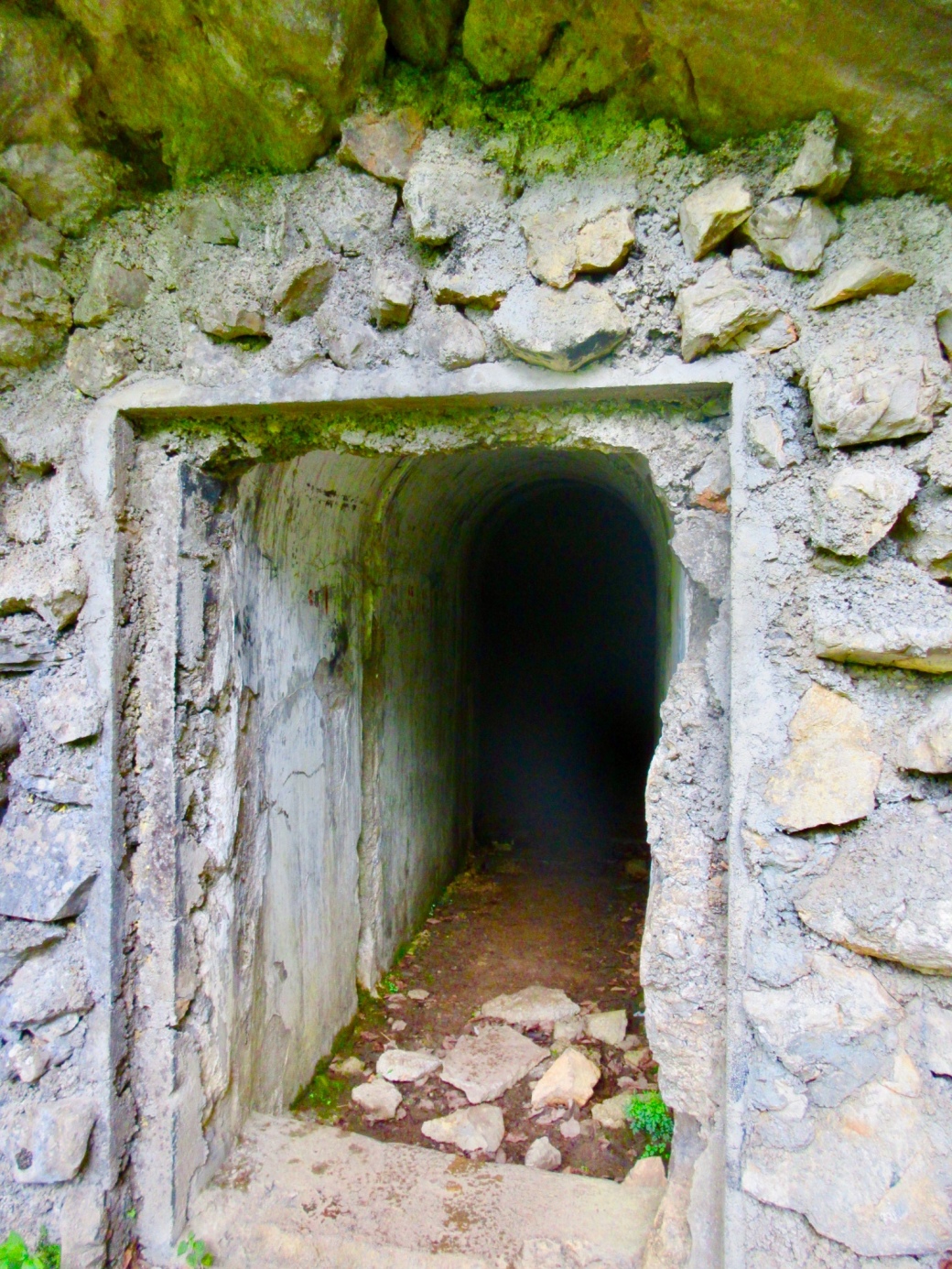 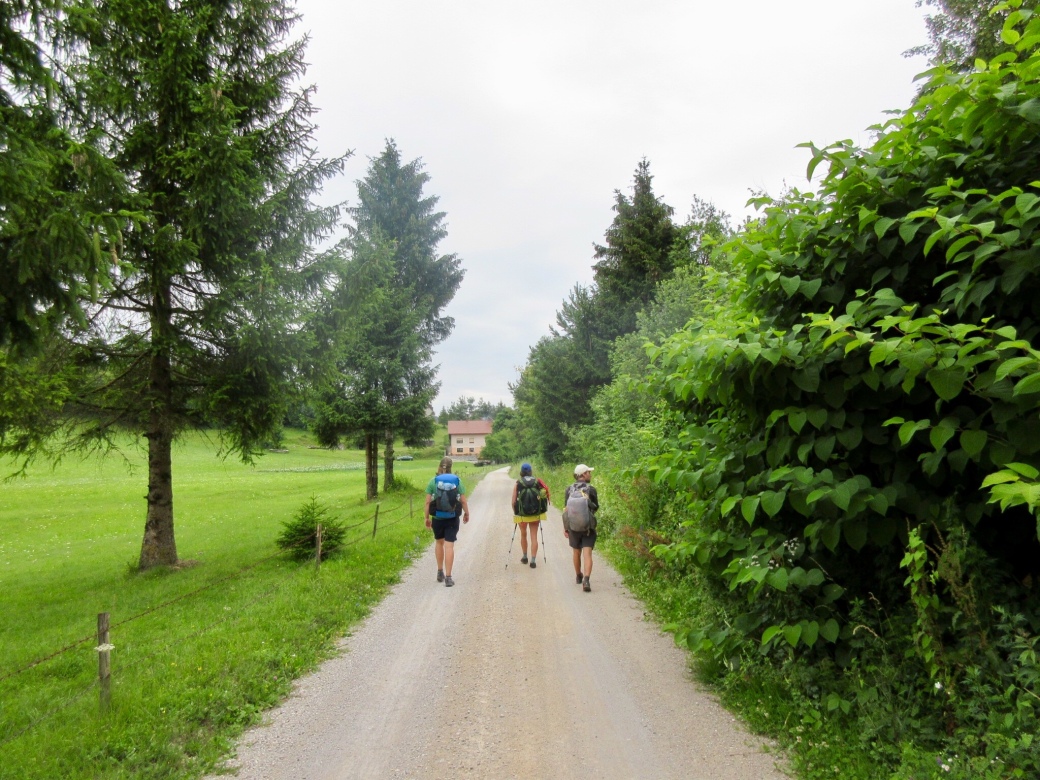 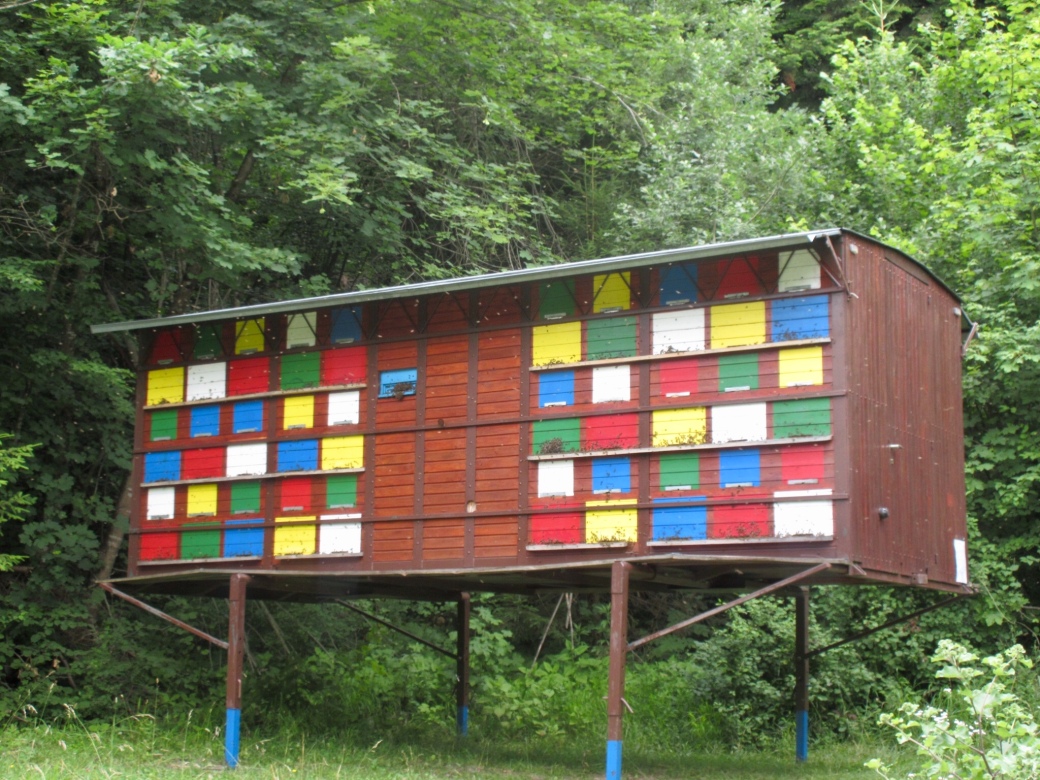 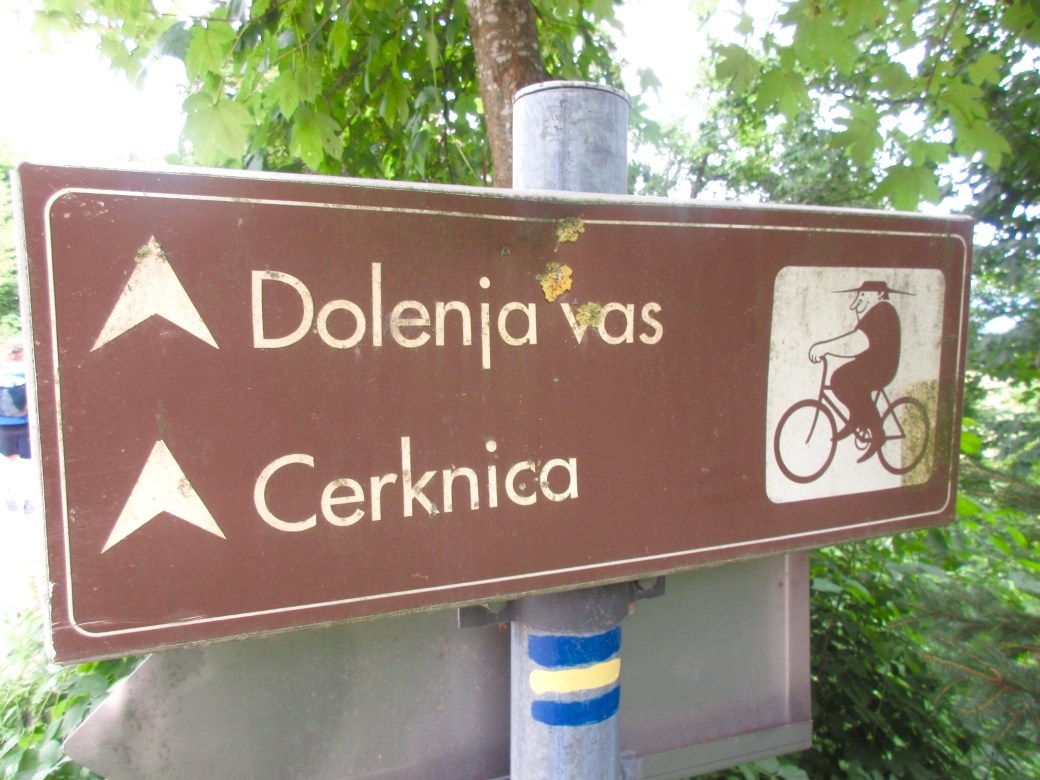 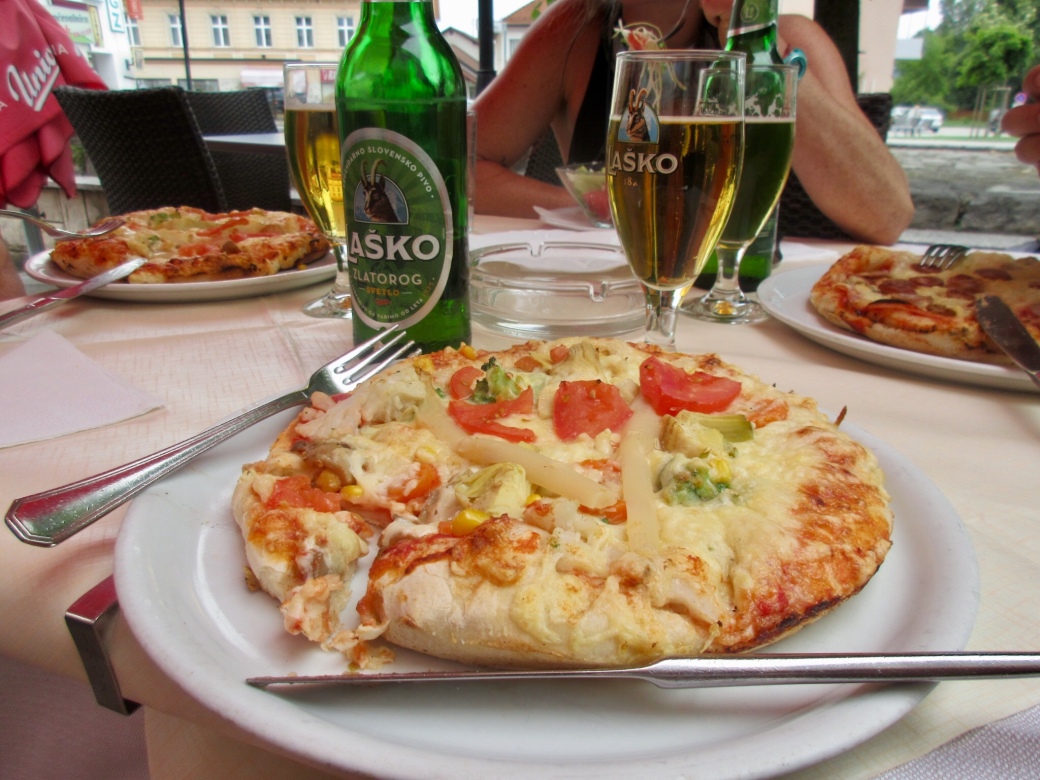 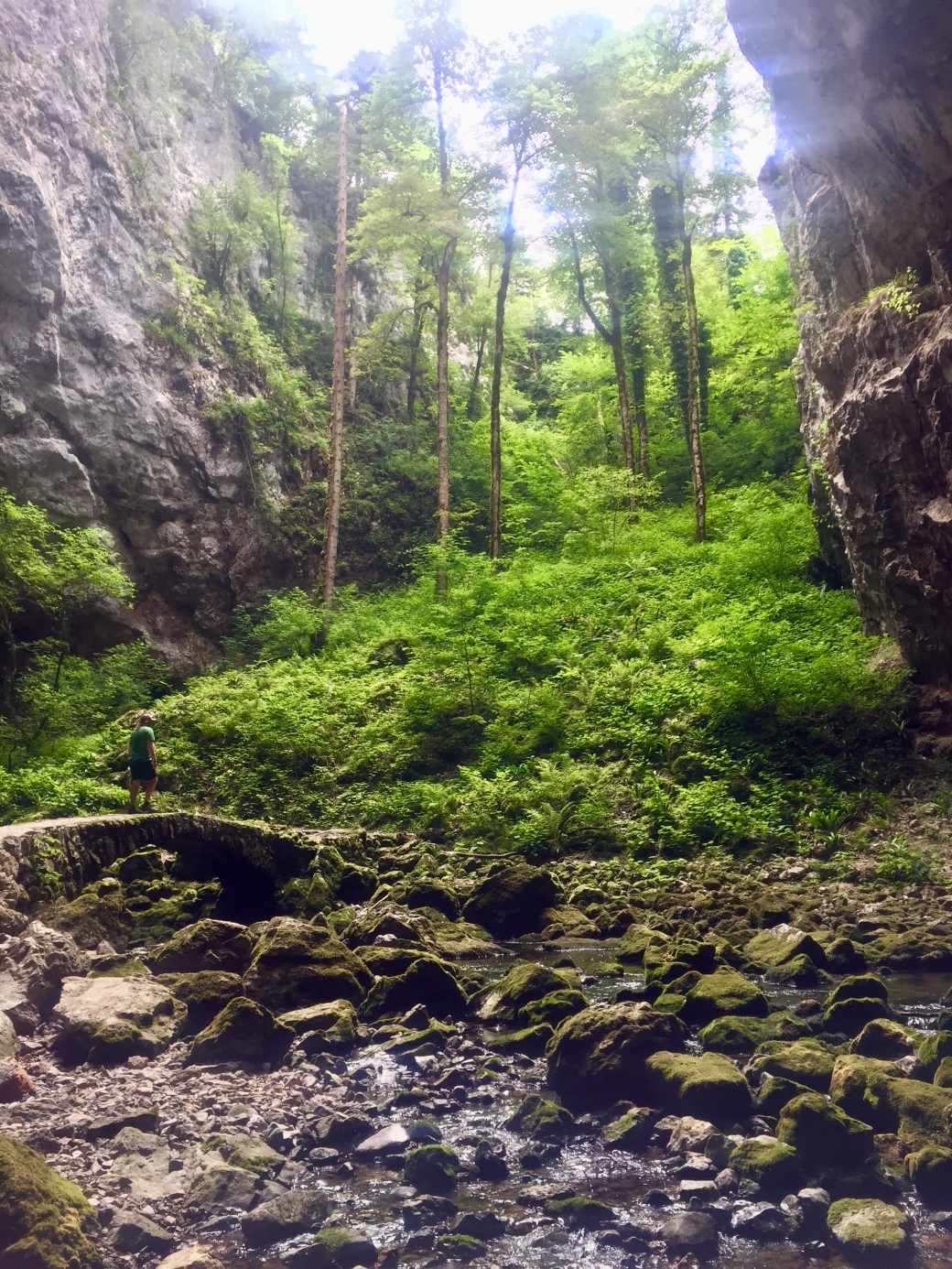 One of the caves… 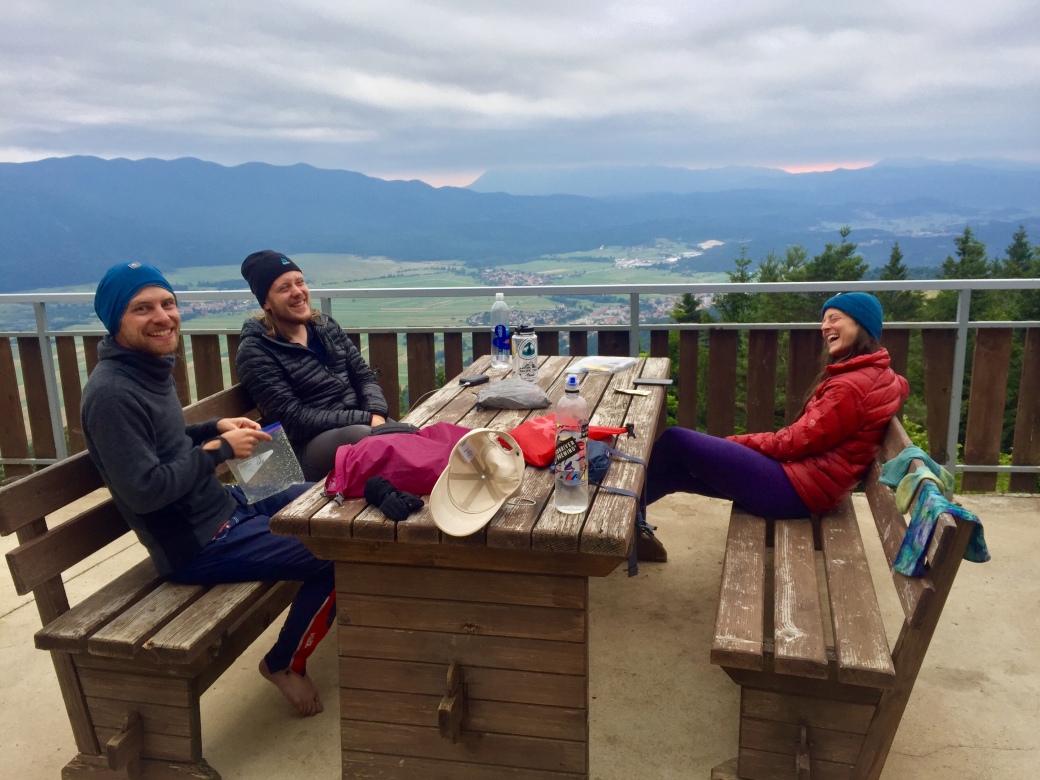 Hanging at the Slivnica Hut, where we got caught sleeping outside. 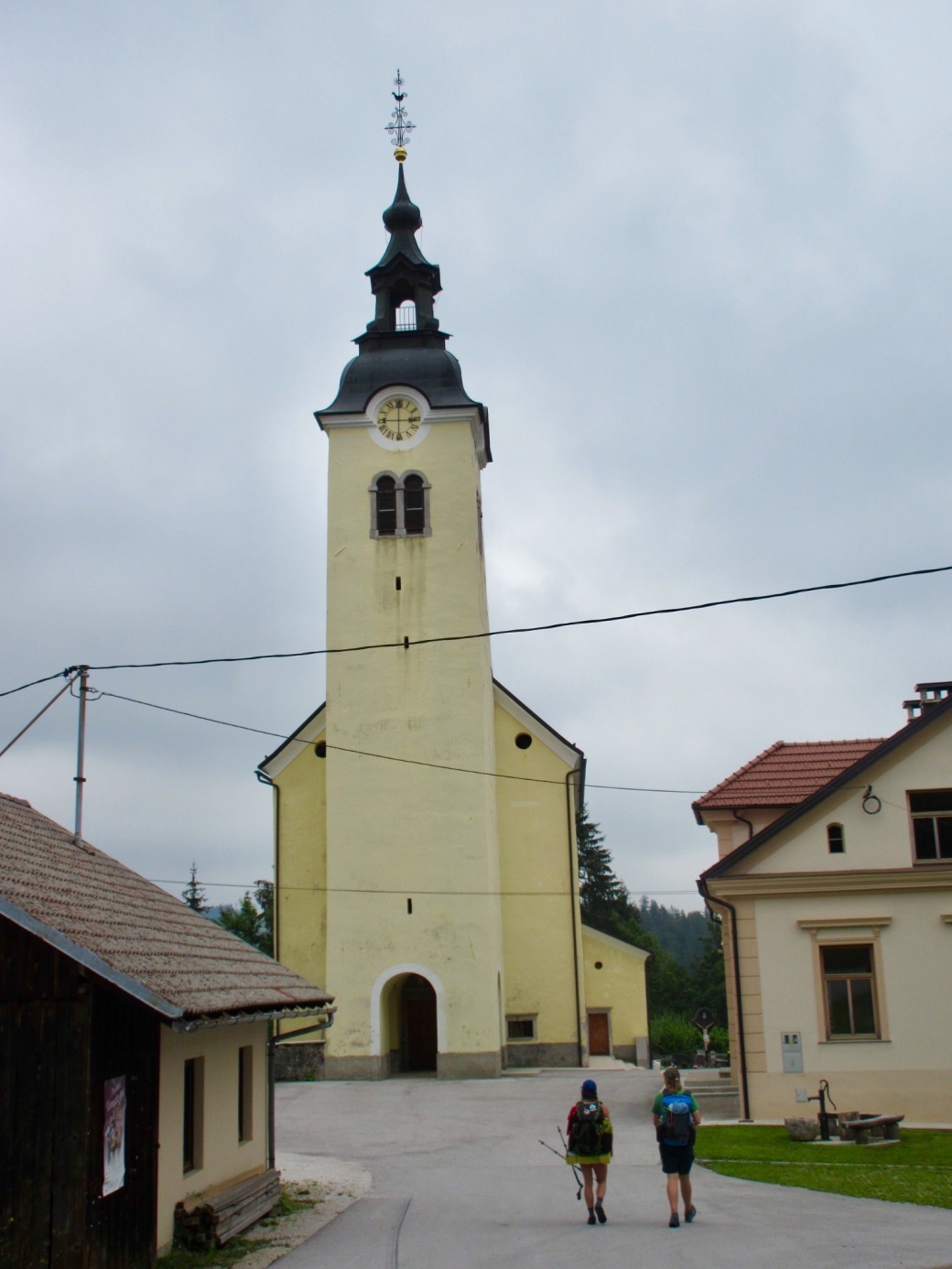 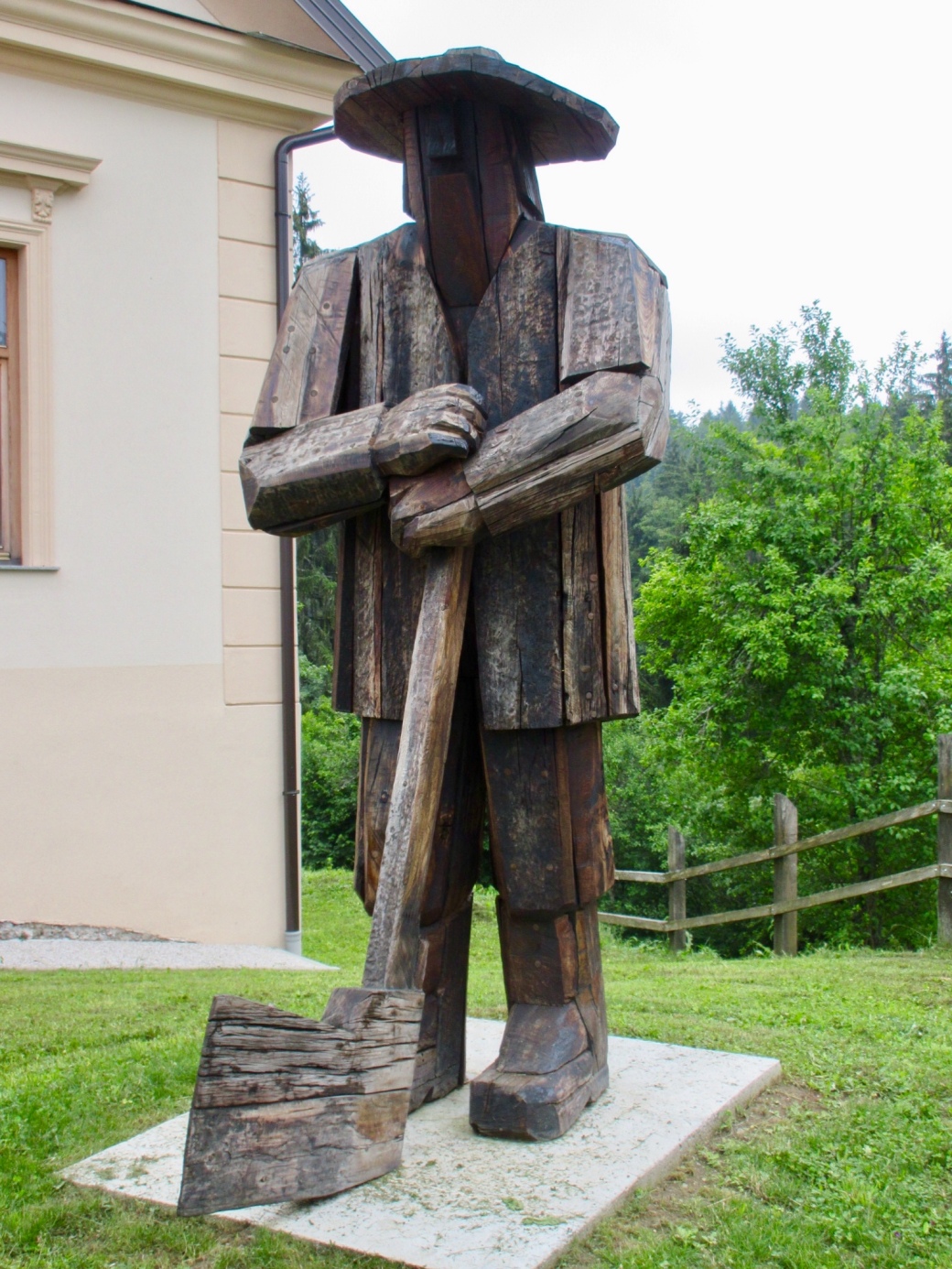 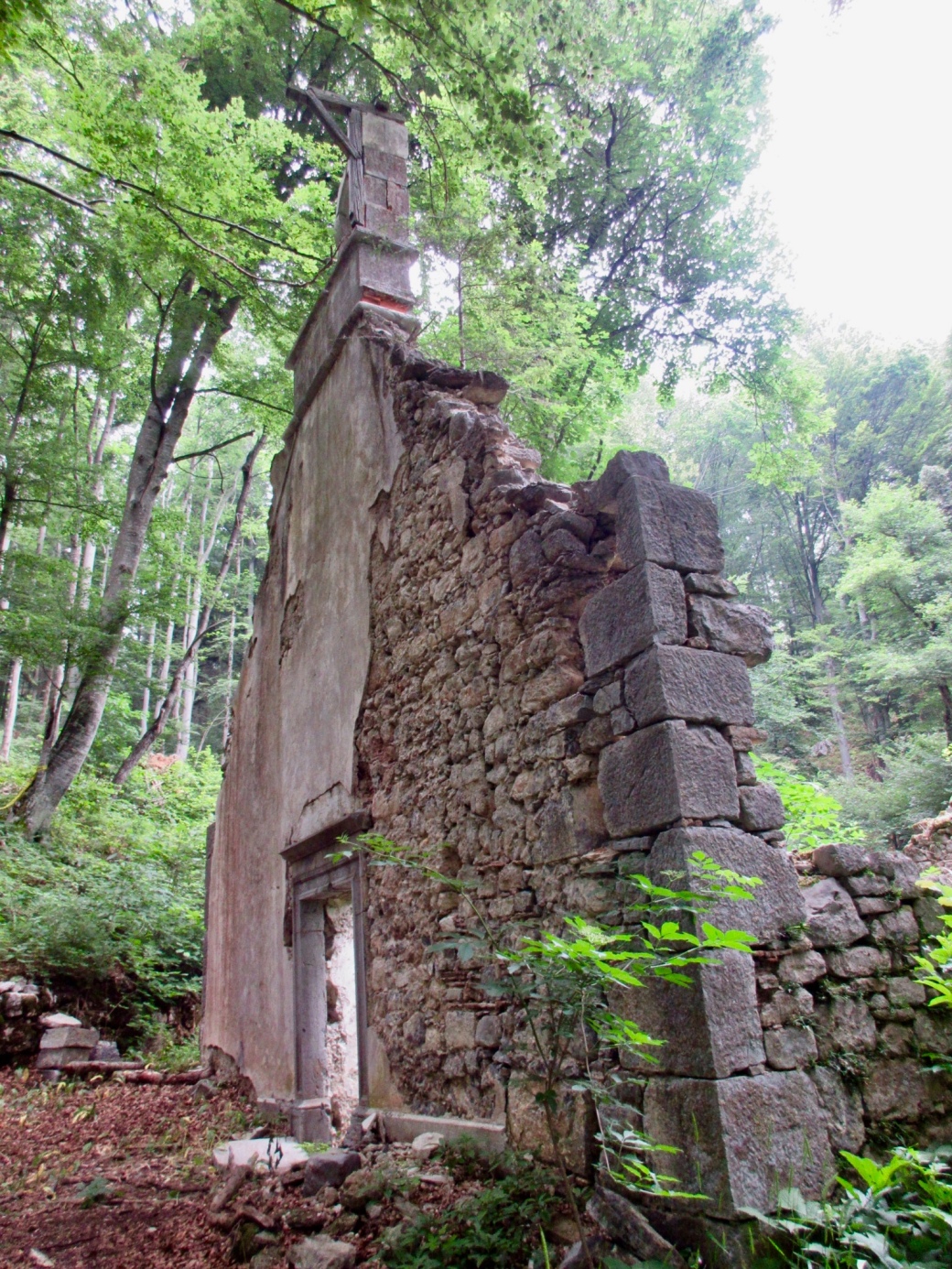 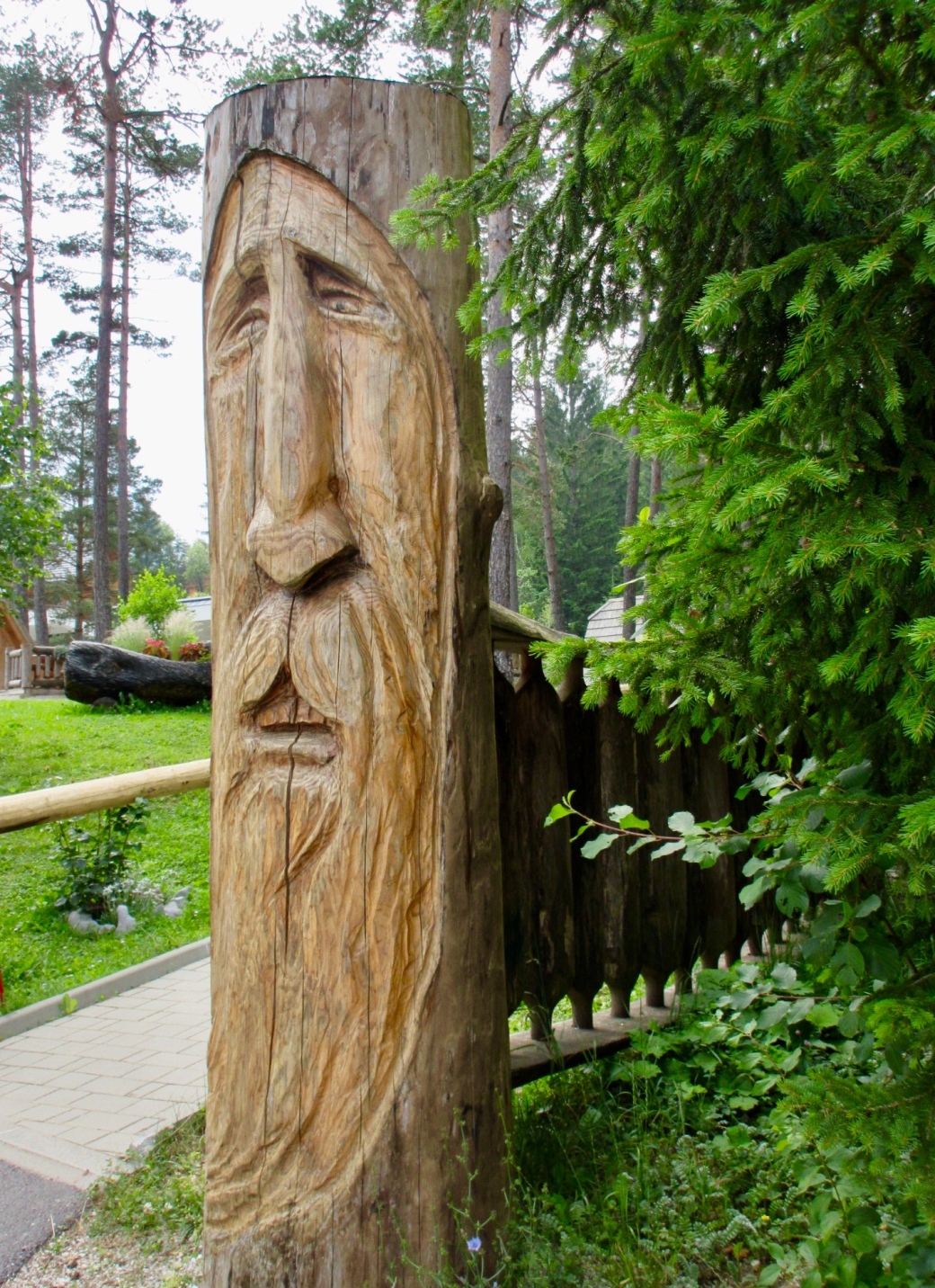 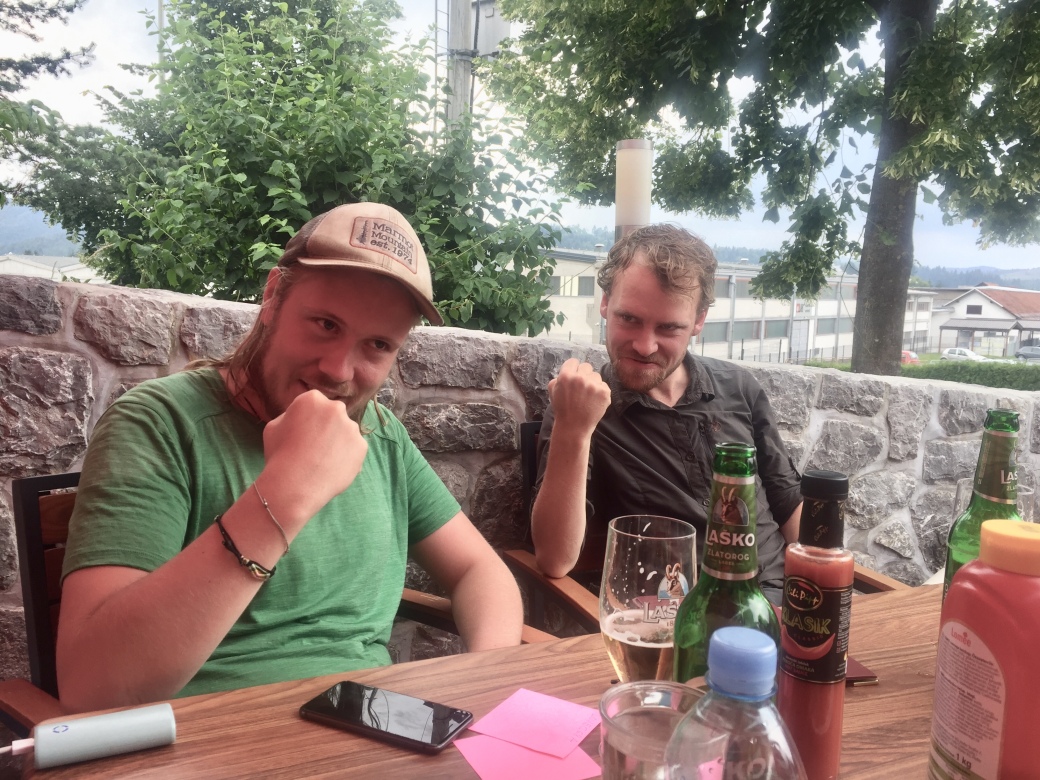 One thought on “Days 3-5: Nanos Plateau to Nova Vas”